Now that we know how to declare values, we'll want to learn about how to work with collections of values and larger data sets. JavaScript provides an array (pun intended) of tools to order and structure our data, so we'll want to take advantage of them.

With arrays and objects, we begin to tap into the data-processing potential computers offer. At the end of the day, computer programs are a series of inputs and outputs, and understanding data is the key to harnessing this potential.

JavaScript arrays are useful when we need to store rows or records of data into collections. Because arrays can be indexed, ordered, and modified, our data is much easier to organize and access. Picture an array as a bookshelf, with books lined up from left to right, each at numbered position in the array. The first book, furthest to the left, is at position 0. The second book is at position 1, and so on. Having this structure in place, we can write programs to iterate through each item in the array until it locates what we're searching for.

To create a JavaScript array, manually, we can write out a comma-separated list within square brackets, and store this list into a variable that we can reference, as needed. This is known as creating an array with the assignment operator (=).

Now we have a numbers array where we can access elements by index (0,1,2....). We can even fetch the last element of the array with numbers.length - 1. We have to substract 1 from the total length of the array because the index begins at position 0 not 1. So while the total length of our numbers array is 6, the last element is at position 5. Fetching out of bounds will return undefined.

Did you know that strings are also arrays, and that you can fetch each character based on its position in the array?

We can also create arrays, dynamically, by instantiating with the Array class. The following syntax instantiates 3 different arrays with 5 empty elements. We can then assign values, afterwards.

We can also clone arrays with the spread operator.

We can add elements to an array with push(). This appends new values to the end of the array.

Or to the beginning of the array with unshift().

And remove elements from an array:

Loops are also useful for dynamic array creation, but that will be covered in the next tutorial.

JavaScript objects are also useful for storing data, but unlike an array which stores an ordered, indexed list of values/records, an object is meant to store one record or entity, and all the properties that go along with it.

JavaScript objects have a different data structure than arrays. Rather than a list, surrounded by square brackets, we have a list of key value pairs surrounded by curly braces. We're free to customize the keys/properties and values to store whatever information we want to store about an entity.

Because an array is to a bookshelf, what an object is to a book, we can do the following:

We can also create an object, first, and then push it into the array, afterwards.

Just like arrays, JavaScript objects come with their own useful functions. Here are a few that are related to object modification:

JSON stands for JavaScript Object Notation, and is simply a string representation of a JavaScript object, allowing us to easily transmit data between different types of servers and rest APIs. By conforming to the JSON standard, a service written with Python can receive and transmit a json payload from and to a C++ service. Each service can speak their own language, locally, but speak JSON when they need to transmit data across the internet.

I hope you liked this tutorial, and learned a lot about structuring and organizing data. Future articles will cover how to process data, with speed and efficiency, so check back for the next chapter in this series. 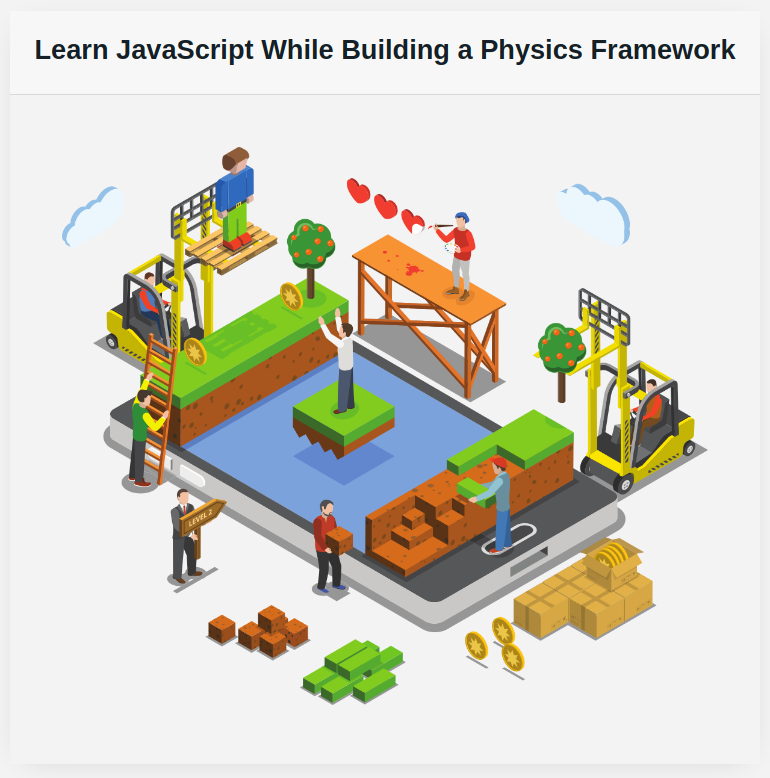 If you're interested in making interactives and games, we recommend you take our Learn JavaScript While Building a Game Framework course, which teaches you JavaScript and ES6 while you build an HTML5 Canvas, physics-based framework, from scratch. You'll also learn drag and drop, mouse following, velocity, acceleration, friction, and many other useful functionality you can build interactives and games with. In addition, it compiles into a browser-compatible ES2015 build. Start making canvas applications, today.